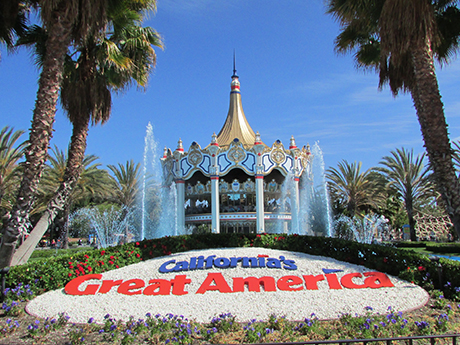 Cedar Fair will continue to operate California's Great America amusement park for a period of up to 11 years. (Photo courtesy of Cedar Fair LP)

SANTA CLARA, CALIF. — Cedar Fair LP (NYSE: FUN), an amusement and water parks owner and operator based in Sandusky, Ohio, has sold the land at California’s Great America amusement park in the Silicon Valley town of Santa Clara. Prologis (NYSE: PLD), an industrial REIT based in San Francisco, purchased the 112 acres for $310 million and executed a lease with Cedar Fair to continue operating the park.

Cedar Fair plans to eventually close Great America, which was built in 1976 by Marriott International Inc. (NASDAQ: MAR). The park features more than 60 rides and rollercoasters, as well as the Planet Snoopy children’s park and South Bay Shores waterpark, according to the property website. Cedar Fair will continue to operate the park for a period of up to 11 years and then will close existing park operations at the end of the lease term.

After 40 years of leasing Great America, Cedar Fair purchased the land from the City of Santa Clara in 2019 per an order from the State of California. The city purchased the park from Marriott in 1985.

Following company-wide park closures from the COVID-19 pandemic, Cedar Fair explored options to raise revenue within its existing portfolio. The company engaged CBRE to market the land at Great America for sale, which culminated in the deal with Prologis. The industrial real estate giant has not disclosed its long-term plans for the site beyond the lease agreement with Cedar Fair.

“We chose Prologis as our partner because of its deep ties in the Bay Area and its reputation for working closely with local communities on large developments,” says Richard Zimmerman, president and CEO of Cedar Fair.

Cedar Fair intends to use proceeds from the sale to reduce debt; invest in high-return projects within its portfolio, such as upgrading resort properties; and reinstate its unitholder distribution, which the company expects to do by the third quarter pending review and board approval.

“For our investors, the sale and lease agreements allow us to monetize a high-value asset in the heart of Silicon Valley at a very attractive multiple,” says Zimmerman. “The transaction also provides us with a substantial sum of incremental capital, which we intend to use to further advance our strategic priorities and generate enhanced returns for our unitholders.”

As of March 31, Prologis owned or had investments in properties and development projects expected to total approximately 1 billion square feet in 19 countries. Earlier this month, the company announced it is acquiring fellow industrial real estate owner Duke Realty in a $26 billion transaction.