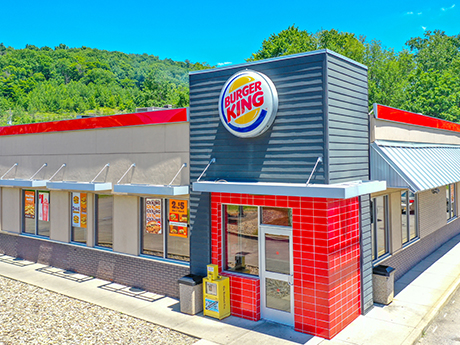 Northmarq is currently listing this Burger King. in Bradford, Pennsylvania, for sale. As more QSRs target the markets of the Northeast for penetration and expansion, investment demand for single-tenant, net-leased assets that house these users is expected to increase.

This positive news can be easily tempered by the fact that the growth was greatly affected by trade and inventory numbers, which were skewed as a result of world events like the war in Ukraine. But the news of growth was welcomed in an economy that has been starved for something positive for most of the year.

Compounding the economic caution in the absence of sustained economic growth, of course, is the strain that inflation has inflicted on all Americans. In response to 40-year inflationary highs, the Federal Reserve has been forced to react with its primary inflation-countering tool: increasing interest rates.

As a result of the sustained strength of the brands like the ones mentioned above, as well as others, QSRs continue to be a very popular option for many net-lease investors looking for conservative and predictable investments in the $1 to $4 million price range.

As an illustration of this current level of investment demand and pricing, Northmarq recently represented a client in the acquisition of a newly constructed Burger King located outside of Philadelphia in Southern New Jersey. The fast food chain had recently relocated to the area.

With a guarantee from a 29-unit franchisee, the triple-net lease had nearly 20 years of initial term remaining with rental increases every five years. The all-cash buyer used the acquisition as a 1031 exchange replacement property, and at approximately $3 million, the acquisition cap rate was in the mid 5-percent range.

A different 1031 exchange client of Northmarq’s that required a conservative level of financing is now under contract with another Pennsylvania Burger King that has over 20 years of initial term remaining. The lease is guaranteed by Carrols Restaurant Group —Burger King’s largest franchisee with over 1,000 locations — and also has regular rental increases baked in.

Across the Northeast, real estate investors seeking QSR assets will see supply continue to rise as more and more brands target the region for expansion and growth. Bojangles, for example, has announced long-term plans to open nearly 50 locations over the next seven years and will enter the New Jersey market. Panda Express and Krystal have also identified New Jersey as a target growth market, while Rhode Island is on the map for Checkers and Rally’s. Dunkin’ has opened new stores in Pennsylvania in recent months, while Sonic has grown in Connecticut.

Investors pursuing stable cash flow investments should consider these opportunities across the region. Those moving equity through 1031 exchanges toward single-tenant net lease assets realize that these are reliable investments that hold value with little to no management involvement. For these reasons, growth across the QSR sector will provide a variety of investments for buyers to consider.

— Tom Georges is an investment sales broker at Northmarq. Prior to the company’s acquisition of Stan Johnson Co., he served as a director in the New York office of the Tulsa-based brokerage firm, which specializes in net-lease retail transactions.