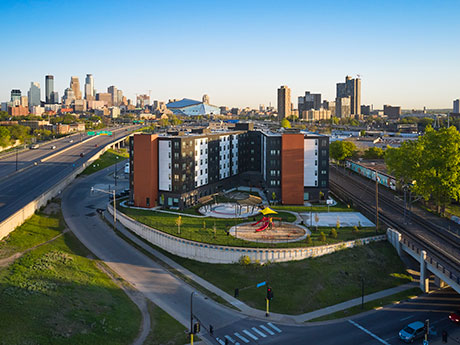 The six-story development features a Red Lake Nation embassy and healthcare clinic in addition to the housing units. Project funding came from the City of Minneapolis, Hennepin County, the Shakopee Mdewakanton Sioux Community and 15 other sources. The project was built on a site that formerly served as a temporary navigation center for unsheltered residents in response to an encampment of over 300 people called the Wall of Forgotten Natives. The Cuningham team collaborated closely with the Red Lake Ojibwe community members on the property’s design.