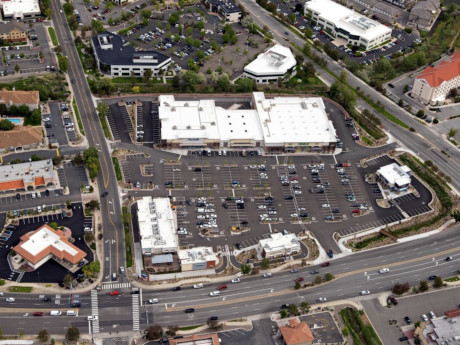 Reno’s retail sector is setting records as of February 2022. Vacancies are hovering near an all-time low of 4.9 percent, and asking rents have risen to new heights, averaging $1.72 per square foot on a monthly basis. Sellers are achieving cap rates comparable to those seen in core markets, resulting in sale prices that many would not have thought possible only a few years ago.

A number of factors have contributed to the continued absorption of retail vacancies in Reno. On a local level, Reno now has roughly 150 percent more six-figure jobs compared to 2015. This allows for more discretionary retail spending. In addition, very high construction costs and development delays have forced businesses to consider repurposing existing retail space. For example, a 24 Hour Fitness shuttered at 6155 Neil Road, leaving behind a vacant 24,000-square-foot special-use building. Not long after the health club’s exit, the Coral Academy of Science began renovating the space and is now an operational elementary school. Despite many vacancies having been repurposed and filled since 2020, demand for retail space in Reno continues. About 265,000 square feet of new construction is expected to be completed in 2022, which will be the highest amount delivered within a single year in over a decade. Nearly all of these first-generation spaces are being leased at rates in excess of $3 per square foot, many prior to construction being completed.

Reports of Northern Nevada’s growth have reverberated across the nation. This is evidenced by many local brokers now reporting that more than 70 percent of their listings are purchased by an out-of-state buyer. While some of these out-of-area purchasers are looking to relocate their businesses, they are the minority in retail. The majority of capital flowing into the sector comes from investors seeking assets in an area with no income tax and laws that are favorable to landlords, which are both found in Northern Nevada. Demand for low management, triple-net leased assets remains the highest, which has pushed cap rates for these assets into the low 5 percent range. Some local trophy retail assets have even sold in the mid-4 percent cap rate range, which is on par with most of the core markets across the West Coast.

Reno was once a market often overlooked by investors. Now, it is achieving record-high rents and sale prices, combined with record-low vacancies and cap rates.