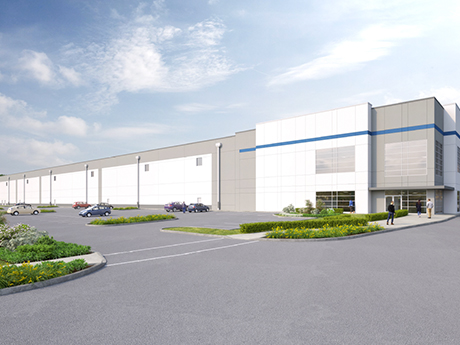 Industrial brokers and developers throughout New Jersey and Eastern Pennsylvania are flush with tenant demand, but the frenetic pace and frequency at which revenues and costs change in this market has introduced a whole new set of operating challenges.

In terms of the supply side of the market, developers of industrial product, like those of every other property type, have been squeezed by supply chain disruption. Prices and lead times for ordering key materials change radically and often without warning. Developers who try to circumvent these obstacles by ordering way earlier than normal in the process now run an increased risk of having to take delivery of supplies without having all permits and sources of construction financing in place.

Such a misfire in timing can create lags in delivery, potentially alienating tenants needing turnkey space and generating additional short-term costs via storage of the materials before construction begins. In addition, misaligning these timelines can spook potential investors that want the certainty of knowing that a project is moving forward.

“We’re buying supplies a year in advance and trying to sync up deliveries of those materials with when we expect to have full project approval,” says Peter Polt, executive vice president at J.G. Petrucci Co., a developer based in the Lehigh Valley. “We’re also looking at materials pricing in real time and comparing them with pricing levels we see for projects that are currently under construction and factoring those differences into the budget. It’s a very difficult process, but there’s really no other solution.”

“The additional challenges we’re seeing now are tied to costs of oil and diesel and gas; subcontractors are coming back and ask for additional costs for fuel surcharges, especially for big jobs,” Polt explains. “Just because you’re buying materials a year in advance, many of these subcontractors still have price-escalation exclusions so they can pass forward additional material price increases at the time of delivery.”

Rob Borny, partner in the Morristown, New Jersey, office of Nevada-based Dermody Properties, notes that the marketing process is also complicated by economic variables that are subject to rapid change.

“With New Jersey, Eastern Pennsylvania and the Mid-Atlantic being such strong markets, we lean toward marketing earlier, even if we haven’t completely solidified site plan approvals, with the intent of potentially identifying a build-to-suit with a good customer,” he says.

“However, rents rise quickly in these markets, and while it’s always great to prelease a building, if you do it nine to 12 months before delivery, you could actually be hurting yourself.  Therefore, if we have already started construction, we carefully monitor the market conditions and tenant activity before entering into a lease too far ahead of construction completion.”

Simply put, developers have to weigh the risk of losing a tenant whose requirements align with their project against locking in an early rental rate that could — and likely — have a higher ceiling once the facility comes on line. To that end, developers may start the marketing process early but not really actively engage the tenant community and respond to requests for proposals until construction is say, three months from completion.

Dermody Properties most recently broke ground on LogistiCenter at Woolwich, a three-building, 1 million-square-foot industrial project in Southern New Jersey. No sooner had shovels hit dirt than the developer announced a 200,640-square-foot lease with J&J Snack Foods. The tenant plans to hire about 90 people to staff its new facility.

But it’s certainly not all bad. On the demand side of the equation, the region continues to benefit from steady population growth and proximity to major ports, including New York-Newark, Philadelphia and Wilmington, Delaware.

E-commerce firms — still the market’s largest user base — are seeing their transportation expenses, which typically account for 35 to 55 percent of total operating costs, rise on the backs of elevated energy prices. To minimize this critical cost component, these users are more willing to pay higher rents to be in premium infill locations that are close to major residential clusters.

In addition, to maximize operational efficiencies, e-commerce users tend to require certain design features that are often missing from older buildings. With online shopping widely expected to show steady growth as a percentage of total U.S. retail sales in the coming years, the presence of these features will only become more important as this segment of the tenant base grows.

“Increased clear heights, trailer and staff parking are the most obvious features cited when discussing modern warehousing, especially e-commerce facilities,” says John Stantz, principal at Randall-Paulson Architects, a design firm based in metro Atlanta that is active in the mid-Atlantic. “Above all else however, tenants want options. They need a physical space that offers them the most flexibility so that they can quickly adapt to an ever-evolving supply-chain environment.”

“Higher clear, wider column bay spacing, deeper speed bays and pad-ready expansion provisions are all more prevalent than they were in years past,” Stantz continues. “Though not a feature per se, speed to market is more important than ever before due to material price escalation and increasing permitting timelines.”

Beyond the realm of e-commerce, brokers and developers see potential for more manufacturing deals to hit the market in the coming months. Increased costs of shipping products across the globe, combined with rising geopolitical uncertainty via Russia’s invasion of Ukraine, could bring some of these users state-side, sources say.

“E-commerce peaked during the pandemic and has since dropped off, but not by much,” says Bill Wolf, vice chairman at CBRE’s Lehigh Valley office. “Onshoring, or bringing more manufacturing back to the United States and having less reliance on manufacturing from China, has had an impact. And then retailers need safety stock; they can’t run with three to six months of safety stock; you have to have more. So all of those factors have contributed.”

According to data from the International Monetary Fund, the weighted average cost of shipping a single 40-foot container across major global routes (such as Asia to the U.S. West Coast) peaked in September 2021 at roughly $11,000. That figure was below $2,000 as recently as April 2020. The drastic increase in shipping costs can be attributed to a combination of pent-up demand and labor shortages from COVID-19, as well as higher fuel costs aggravated by geopolitical events of the last 12 months.

“In 2021, the whole global supply chain came into vogue,” says Wolf. “People started paying a lot more attention to that once the press started talking about tankers sitting out in the ports. It became headline news, and it had a domino effect. There are so many links that you can’t point to one aspect, but the disruption trickles down from ships not being able to unload their cargo to not getting it on the rail car to not getting it to the ware-house.”

“Demand is still diverse; you have third-party logistics operators whose customers are online-based in all kinds of consumer goods,” adds Borny. “There are fewer giant e-commerce requirements, but still some big retailers pushing for build-to-suits, so the demand is more balanced now in terms of not having as many major retailers or big names pushing for big blocks of space.”

As a result of this diversity and strength of demand, rent growth throughout the Mid-Atlantic markets remains healthy. According to data from CBRE, the average industrial rent for Class A product in Northern New Jersey stood at $22.24 per square foot at the end of 2021, up 55 percent year over year.

In Central New Jersey, that figure was $17.61 per square foot, which represents a year-over-year increase of 84 percent. While both figures reflect very healthy levels of demand, that rent premium that Northern New Jersey properties command illustrates the strong draw that proximity to New York City continues to offer industrial users.

The story is similar in Eastern Pennsylvania. According to CBRE, this region had an overall vacancy rate of 4.3 percent at the end of 2021, down considerably from 7.1 percent at the end of 2020. Even more impressive, this 280-basis-point compression in vacancy came in the face of 16.6 million square feet of new deliveries in 2021, a record volume for the region. Pictured is Bethel Industrial Center @ 78, a 587,100-square-foot development in Eastern Pennsylvania by J.G. Petrucci that is currently leased to Ohio-based retailer Big Lots. As with New Jersey, demand throughout this area exceeds supply, and tenants must move quickly when they find spaces that meet their requirements.

“Supply is doing its best to catch up to demand, but as a reflection of price, we’re still seeing demand outpace supply,” says Adam Gorodesky, senior associate in Colliers’ Philadelphia office. “Land prices are increasing faster than anything else in the area, which is a market-driven result. So long as rents continue to justify the cost of acquiring and developing the site, developers will take on more risk in terms of what they deem a buildable site.”

For their part, tenants are wising up to the competition for space in New Jersey and Eastern Pennsylvania and trying to expedite their site selection processes.

“The word has gotten out about the scarcity and competition for sites,” notes Richard Gorodesky, senior managing director at Colliers’ Philadelphia office. “If you know you might be in the market or evaluating a renewal option — maybe staying in a current space with 20-foot clear heights or moving into a newer building with 36-foot clear heights that calls for rent per square foot but adds more operational efficiencies — that evaluation process starts earlier. So we’re marketing sites earlier.”

Adam Gorodesky echoes the belief that accurately quoting rental rates for tenants in these industrial markets is akin to throwing darts at a moving target. By aggressively representing their user clients earlier in the development cycle, brokers can potentially help them lock in lower rates. But that’s not to say that those rates are low.

“We’ve had to educate some tenants on the growth and acceleration of this market, and there’s definitely been some sticker shock,” he says. “Sometimes it helps to have tenants tour properties in the market and see what the new reality is in terms of pricing, but eventually they have to accept that these rents are the new expectation.”

In recent years, across many major industrial markets, many tenants have been priced out of infill properties and forced to settle for older Class B spaces. With inflation eating deeper into users’ bottom lines, that trend is still very much in place, particularly in and around the Philadelphia and Southern New Jersey area.