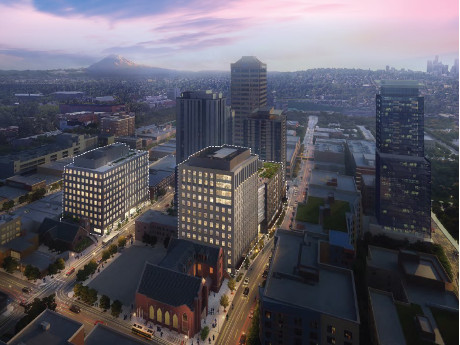 Totaling more than 400,000 square feet, the two Chapter Buildings in Seattle will offer a mix of office, life sciences and retail space.

The Puget Sound office market has fared better than many peer metro areas during the pandemic. While the market remains tenuous in the region, local office fundamentals have improved to date in 2022. A consistent through the chaos is a flight to quality.

If employers expect a return to office, they are being tasked with creating a physical environment that is far more favorable than a home office or local coffee shop. We are referring to this as “commute-worthy real estate.” Energy, collaboration, amenities, views, natural light and safety are some of the main points of focus and, due to current economic conditions, the ability to find such space at discounted pricing is within reason. 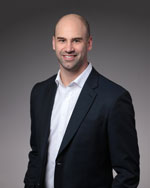 New office leases are trending toward 75 percent of their pre-pandemic footprint as companies consider how and where to operate their businesses going forward. Professional service companies currently account for the most demand and are in the office more frequently than the technology sector. In tech cities like Seattle, this is a seismic shift from the previous decade, which saw skylines transform from the expansions of Amazon, Microsoft, Meta and Google.

Many companies returning to the office are utilizing a hybrid workstyle. However, Apple is the most recent large tech company to publicly mandate a return to office (three days a week). The hybrid style of work creates a different layout demand with a focus on conference, meeting and social areas and less on individual workspace. A drastic example of this layout shift is Amazon pausing construction on five office towers in Bellevue while it reconsiders interior design to accommodate a new work style.

Companies uncertain of how they’ll use the office going forward are seeking flexible plug-and-play office solutions that avoid long-term commitment or capital outlay. Well-funded, flexible office providers are flooding tech markets trying to capture this demand as high-quality subleases, which traditionally cater to this demand, have been the first to lease.

Companies with longer-term outlooks on office space are taking advantage of the current market and signing longer-term leases. While rental rates in the Puget Sound have not deflated nearly as much as they did during the Great Recession, we are experiencing instances of free rent and allowances that create effective rents that are far more favorable to tenants than industry reports describe.

Demand in the Puget Sound through the third quarter was slower than previous quarters. The coming quarter will provide an inclination as to whether this was a summer slowdown or something more comprehensive. Overall, the long-term outlook for the Puget Sound region is encouraging due to its strong local economy, reputation as a global tech hub and base of thriving headquartered local companies.