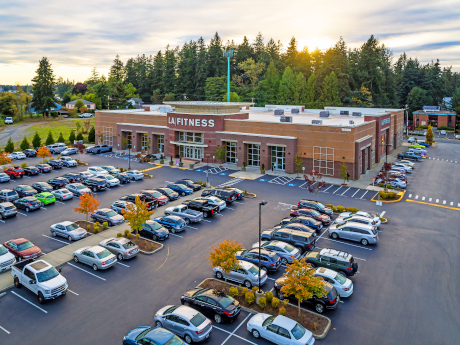 Few sectors were as disrupted by the pandemic as retail. While 2020 proved to be a tumultuous year, the last year and a half have demonstrated the resiliency of retail — both in Seattle and nationally.

The Seattle economy is performing well for a recovering retail sector, with continued employment growth and increasing retail spending. The Puget Sound is notorious for its lack of new retail development, and the recent years have been no exception. The environment of increasing demand with a flat level of supply results in positive conditions for existing retail space.

Like much of the nation, concerns persist in Seattle around inflation, increasing debt costs and a potential slowing in the global economy. However, the situation in Seattle is more positive and nuanced.

Year to date, Seattle is poised to outperform the prior year in terms of total investment dollars. The second quarter of 2022 experienced 65 percent greater investment volume relative to the same quarter in 2021. This figure is particularly notable as 2021 was an exceptional year. Investors deployed pent-up capital that was held during the height of the pandemic. Total retail investment in 2022 is forecasted to be 4 percent higher than 2021.

New construction in the Seattle MSA is hampered by geographical constraints: mountains, lakes and urban growth boundaries. Seattle consistently under delivers new retail product relative to the rest of the country. Little to no new retail product is scheduled to enter the market in 2022 or 2023. This, combined with increasing demand, is the relationship that allows Seattle-based retail to prosper. The current dynamic is unlikely to change with construction costs at historic highs.

Retail property rental rates in the Seattle area have outperformed expectations and national averages. Seattle rents are on pace to increase nearly 4 percent year over year. Simultaneously, availability among retail properties in the Seattle area stood at just 4.3
percent in 2021. It is projected to decline further this year. CBRE’s econometric advisors anticipate availability to drop to 3.4 percent by the year’s end.

Transactional activity for the remainder of the year is at risk of being slowed by the impact of more costly debt financing. More conservative pricing is expected for properties in the second half of 2022 to preserve acceptable cap rates. Meanwhile, most retail occupiers are bracing for continued economic uncertainty even with the solid regional performance and positive consumer spending trends.

Despite the headwinds, Seattle has significant drivers for retail demand, notably a population of highly paid workers. Seattle led all U.S. markets in tech job creation in CBRE’s 2022 Scoring Tech Talent report, adding more than 45,000 jobs between 2016 and 2021. Seattle is the second most concentrated U.S. market for tech talent jobs, and the region’s average tech worker salary is second highest in the nation ($122,341), only behind the San Francisco Bay Area.

The last several years have been the greatest test many retailers and retail property investors have ever faced. While the uncertainty is not over, the fundamentals of Seattle’s retail sector suggest some optimism is justified.