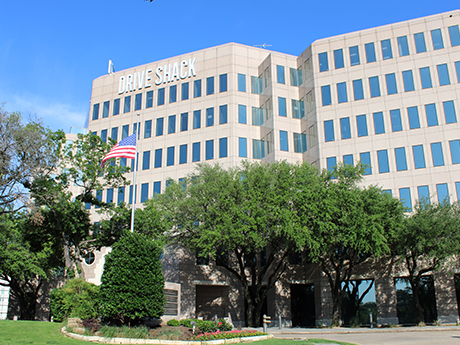 Colliers recently arranged the sale of Search Plaza, a 155,000-square-foot building located along the Central Expressway corridor, to New Orleans-based Uhalt Investments. The deal speaks to a larger pattern of out-of-state buyers being aggressive within the Dallas office market.

The Dallas office market and North Texas region as a whole continue to evolve as leading destinations for corporate relocations, led in part by a favorable business climate.

This reputation as a top landing spot for regional workforce consolidations and outright relocations from other states has helped Dallas become a national leader in some key back-to-work
metrics.

According to research from security firm Kastle Systems, which monitors keycard, fob and app usage within thousands of office buildings across the country, the average occupancy rate in December across 10 of the country’s biggest markets was 40.6 percent. Dallas was one of the 10 markets tracked in the report, posting an above-average occupancy rate of 52.3 percent.

The basic business-friendly climate and healthy pace of job and population growth, along with evidence that users are making stronger pushes to return to their workspaces, have accelerated the market’s office investment sales recovery for value-add, core-plus and stabilized product.

Barring any unforeseen circumstances, such as a prolonged spike in cases from the Omicron variant, we expect this trend to continue through 2022. Dallas recorded several notable sales of iconic office assets in 2021, plus numerous deals for suburban midrise properties to local, out-of-market and new-to-market investors.

Last November, Colliers brokered the sale of Search Plaza, a 155,000-square-foot office building located along the Central Expressway corridor. New Orleans-based Uhalt Investments purchased the property, which was 91 percent leased at the time of sale.

According to Colliers’ most recent Global Capital Markets Outlook, Dallas should be the top overall investment destination in the country for 2022 after leading the country in total investment sales volume for the last two years. Fresh off a record-setting performance in 2021, investment volumes throughout the metroplex should continue to ride the momentum wave into 2022.

Leasing activity in 2021 also rebounded across the metroplex. While we still have more ground to cover to reach pre-COVID leasing velocity and occupancy rates, the market is heading in a positive direction.

There is approximately 7.6 million square feet of office space under construction across Dallas-Fort Worth (DFW) as a whole, which makes the metroplex one of the top U.S. markets in terms of new supply. Build-to-suit projects account for most of this new development.

The overall office vacancy rate in Dallas is 20.7 percent. This number is up from the 18.5 percent rate that the market posted in 2019. With the vacancy rate rising, the natural thought would be that rental rates have dropped, but that is not the case at all.

The average rental rate for the market stands at $29 per gross square foot , with rents for Class A space going for $32.68 per square foot. These are high rates for DFW but relatively inexpensive compared to the country’s gateway and top primary markets.

It probably comes as no surprise from a submarket perspective, but DFW’s suburban areas are leading the recovery. In terms of both leasing and investment sales, the Upper and Lower Tollway, Las Colinas, Central Expressway submarkets all had a highly productive year in 2021, particularly the last half.

While the suburbs are undoubtedly active, as evidenced by commuter traffic counts, we are still not all back to normal from a daily “going into the office” mentality. A significant portion of the workforce does not want to spend time in the bottleneck, and working from home has proven to be the best option for a short or nonexistent commute.

Climbing population growth and inbound domestic migration have increased road traffic throughout DFW, but commutes are still not quite as heavy as they were pre-COVID. Many businesses understand that under current working conditions, commute times are crucial to employee retention, so they are trying to locate operations closer to their people.

A developing trend to watch involves many suburban areas having built up such large office environments that they are now “suburban-urban” spots. This accelerated development features all the same density issues and heavy traffic counts associated with being in a downtown environment.

Despite the various challenges still at play, DFW has the latitude to adapt to this significant growth and will continue to see considerable expansion across its rapidly growing suburban areas.