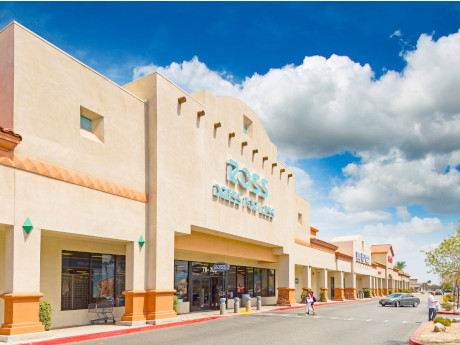 The 154,383-square-foot portion of One Eleven La Quinta Center in La Quinta, Calif., is occupied by Ross Dress for Less, Staples, Petco and Big 5 Sporting Goods.

Chris Tramontano and John Redfield of SRS’ Investment Properties Group represented the seller, while the buyer was self-represented in the deal. Terrison Quinn and Casey Mahony of SRS Real Estate Partners are the exclusive leasing agents for the property.

Tenants include Ross Dress for Less, Staples, Petco and Big 5 Sporting Goods. The property was 79 percent occupied at the close of escrow. The center is shadow anchored by Stater Bros, Hobby Lobby and Kohl’s.

Built in phases between 1992 and 2002, One Eleven La Quinta Center totals 852,465 square feet and is situated on 19.7 acres. This transaction marks the first sale of a portion of the center since development.