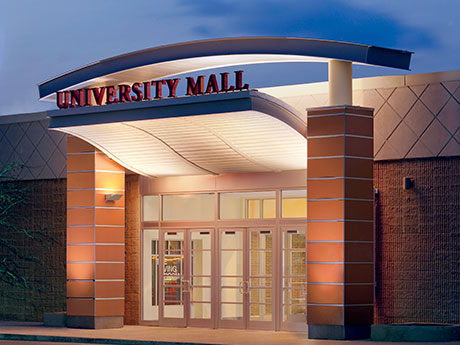 University Mall in South Burlington is the largest mall in the state of Vermont.

SOUTH BURLINGTON, VT. — A partnership between Taconic Capital Advisors and Eastern Real Estate has acquired University Mall in South Burlington, a city in northwest Vermont. The 617,000-square-foot property is the largest mall in the state. A CMBS trust sold the asset for $60 million.

With more than 50 local and national shops and restaurants, the mall is 95 percent occupied and draws an estimated 3.9 million annual visitors, according to the buyers. University Mall is home to an 85,500-square-foot JC Penney, an 86,000-square-foot Kohl’s, a 48,000-square-foot Hannaford Brothers and a 60,000-square-foot Target, which is the only Target store in Vermont.

“The property has been a gathering place for decades, and our commitment is to build on its success as a vital retail and economic asset for Vermont,” says Alex Fleming, director with Taconic.

Andrew Hayes, director with Eastern, will oversee the planning, leasing strategy and overall repositioning of the mall. Local firm KeyPoint Partners, led by Heather Tremblay, will maintain its role as property manager.

Founded in 1999, Taconic is a global institutional investor with offices in New York, London and Hong Kong.

Eastern is a national, privately held commercial real estate company with offices in Boston and Santa Barbara, Calif. The company has invested in more than 100 projects across all asset classes and has developed in excess of 15 million square feet.