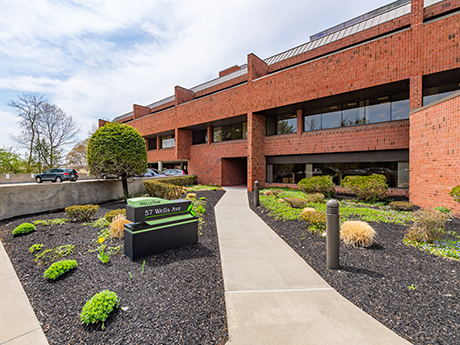 Pictured is one of the three buildings at Wells Park, a 377,696-square-foot office development in Newton, Massachusetts.