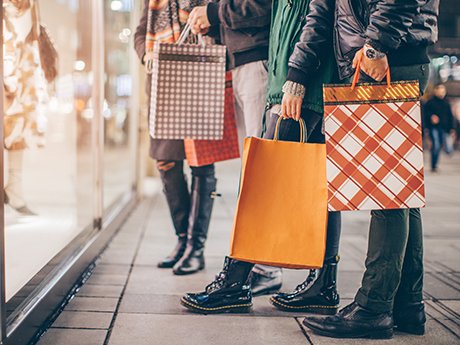 Inflationary pressures and waning consumer confidence in the economy are at the heart of the somewhat gloomy holiday sales outlook, although there's reason to think Texas could outperform the national market.

By Jason Baker of Baker Katz

Just a few short months ago, the commercial real estate outlook was generally positive. Both in Texas and nationally, retail sales were proving to be fairly resilient to the rising inflation and economic turbulence that have characterized most of 2022. Despite low consumer confidence, strong fundamentals and a retail sector riding the high of a post-pandemic boom provided plenty of reasons for optimism.

That has all changed in the last 60 to 90 days. Prevailing positivity has recently given way to concern, and sentiment from within the industry has clearly shifted. High interest rates have made it virtually impossible to develop any type of commercial project, and persistent supply chain constraints and ongoing hikes in costs of construction materials have further exacerbated this challenge.

With interest rate increases come higher cap rates, which complicates sellers’ efforts to move their assets while values are this fluid. To put the impact of rising rates into perspective, interest payments on commercial real estate have in some cases increased five-fold in just the last few months.

The impact of this activity on retail real estate during the all-important holiday shopping season remains to be seen, but we will likely experience slower-than-usual activity in terms of sales. Even for optimists, the seasonal indications seem less-than-stellar.

To be clear, the top-line numbers are not awful. In a different context, they might even seem encouraging. Core retail sales increased 7.2 percent during the third quarter, according to data from Colliers. However, that figure is underwhelming when compared to 2021 numbers, and it’s not a coincidence that mall traffic was down while discount retailers saw increased foot traffic.

It is also alarming that nearly 56 percent of the nation’s population would be unable to pay for a $1,000 emergency expense, according to a survey conducted earlier this year by New York City-based financial services firm Bankrate. That is not much of a financial backstop, and it helps explain why inflation has been so impactful to so many.

When consumers’ economic margins are so thin, the rising cost of daily staples and utility bills will inevitably affect spending habits, making it more likely that people will have to constrain spending on discretionary items. The federal government has taken some steps to try and slow or reverse things like rising gas prices, but there is ultimately only so much the government can do.

Inflationary pressures are very real, and the historically low levels of consumer confidence in the U.S. economy continue to plummet. The high cost of housing and predictions that a distressingly high percentage of mortgages could be underwater in the next six to 12 months provides more evidence that we could be entering a recession. That would, in turn, have a significant impact on the retail sector.

Unpacking this macroeconomic analysis in terms of what it means for holiday retail sales is trickier. Lower- and middle-income consumers are feeling it the worst right now. As such, it would not be surprising if luxury retail continues to enjoy a comparatively strong performance.

On the flip side, a structural quirk of the post-pandemic marketplace has left many retailers with extremely high levels of inventory on hand — in some cases backlogged since 2021 — which could translate to some really appealing deals for consumers. Discount brands could benefit from consumers seeking out those deals and trying to do their holiday shopping on reduced budgets.

In Texas specifically, those national trends are likely to hold true for the most part.

At the same time, healthy job and population growth, as well as an affordable cost of living, continue to justify general economic bullishness on Texas, and it is not unreasonable to think that holiday sales numbers in Texas could end up outperforming national averages.

However, the Lone Star State is not immune to the influence of national economic forces. The reality is that Texas has a sizable percentage of lower- and middle-income residents that are feeling the pinch of a tougher economy this holiday season.

In terms of seasonal wild cards and X factors to watch for, two things come to mind.

The first is weather. Abnormally low temperatures could prompt a modest boost in seasonal spending in southern states like Texas. Whether that is a psychological phenomenon or a practical response on the part of consumers, it is something we have seen in the past. Even if we are fortunate and experience some chillier and more seasonal weather in the coming weeks, the overall impact is unlikely to move the needle too much.

The other issue involves something plenty of analysts and observers have noted in recent years: the continuing expansion of the holiday season. What used to start on Black Friday is now a multi-month event, with a growing number of online sales events like “Cyber Monday” giving consumers more opportunities to cross items off their list. While there is some debate about the overall impact of a longer holiday shopping season, the general consensus is that this is a good thing for the industry.

Despite these glimmers of hope, reasons for true optimism are in somewhat short supply. Even though making hard-and-fast predictions is perhaps foolish in a business as unpredictable as retail, when we tell the story of the upcoming holiday season, it’s unlikely to have a happy ending.