The Inside Lane: How the Motor City is Pulling Ahead of Other Midwest Markets 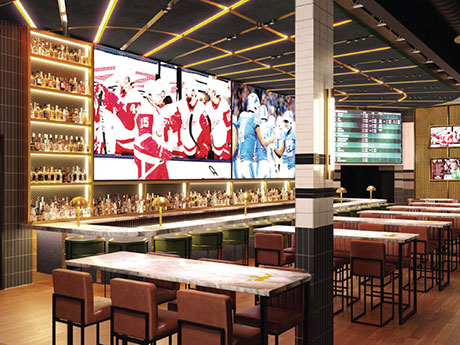 This is a complicated and even confusing time for anyone trying to make sense of the commercial real estate market. Conflicting economic indicators and pervasive concerns about inflation — and even the potential for a recession — create a somewhat cloudy outlook, even as promising opportunities remain in some markets. In the Midwest, there are noticeable market-specific differences that give a sense of just how much variability there is across the region.

It can also give us a feel for what investors and commercial real estate decision-makers are likely to be evaluating when they look at how to spend their dollars in the months and years ahead.

What is it about Detroit that makes it an appealing commercial real estate investment environment over some other Midwest markets? One big advantage is that the city has already taken its lumps: both the public and private investment markets have already weathered the storm after the Great Recession and have emerged stronger.

Detroit’s much-publicized bankruptcy and settlements have cleared some of the historical financial obligations that were weighing the city down. That stands in stark contrast to a city like Chicago, which is still burdened by high costs of legacy obligations. Detroit’s relatively straightforward property tax assessment method also holds up well relative to the cost and complexity of other cities like Chicago.

While Detroit remains more of a secondary regional market, closer to Milwaukee or Columbus than New York City or Chicago, it continues to set a regional standard. Neighborhood retail and urban infill projects have performed well in Detroit, and experiential retail is expanding across the city.

More broadly, the revitalized downtown, the product of a years-long civic renaissance, has generated a good deal of mostly well-deserved buzz. With downtown stadiums, a vibrant sports and entertainment market, and a burgeoning restaurant scene, Detroit has transitioned from a feel-good comeback story to a new narrative as a cool city: a place where people and businesses want to be.

That element, while not an easily quantified metric or measurable, is enormously important in shaping the trajectory of the commercial real estate investment environment.

Toward the end of 2018 and into 2019, retail occupancy rates in Chicago’s iconic The Loop neighborhood were sitting in the high 90s. That same area is now in the 50s. Receiverships are up in several Midwest markets, contributing to unstable rent rolls and some declining office occupancy.

The COVID pandemic has clearly had a national impact, but in cities like Chicago that were already challenged with higher taxes and concerns about crime, some downtown neighborhoods have struggled to come back from that pandemic disruption. Other issues impacting Chicago include a high level of new construction prior to the pandemic, and an office-heavy downtown market that remains largely dependent on mass transit.

Outside of Illinois, receivership activity is also up in Ohio, and Cleveland has struggled to handle the departure or downsizing of a couple of prominent downtown employers. In Michigan, a relatively low level of new office construction (and perhaps a slightly more conservative lending environment in the years prior to the pandemic) has helped keep excess inventory to a minimum in most Michigan markets.

Looking ahead, the state of the office market remains a key consideration. Many employers are still figuring out what’s next and how best to adapt to new hybrid and remote work models. Along with continued rising interest rates, it’s not a huge surprise that some lenders have pressed the pause button for commercial real estate lending on office in particular.

In addition to the structural fundamentals and the hard-to-quantify “it factor” enjoyed by thriving metro markets like Detroit, what else are commercial real estate investors looking for?

Financial fundamentals are obviously critical, starting with a reasonable tax burden that is predictable, sustainable and easy to understand. Cities that frequently conduct reassessments and regularly raise taxes complicate the investment calculus. Crime and public safety is always a consideration, not just downtown, but across the greater metro area. Markets with thriving suburban development areas have a clear leg up on their peers. While a thriving downtown with plenty of attractions and places to live, work and play doesn’t always translate to direct investment, it certainly doesn’t hurt.

None of that means great opportunities don’t exist everywhere — they do. There are promising opportunities in every Midwest market to acquire valuable real estate at an attractive price point, reposition assets, and capture and create value for investors. The differences between several key Midwest cities shows the factors that are likely to fuel (or impede) commercial real estate investment in the years to come.