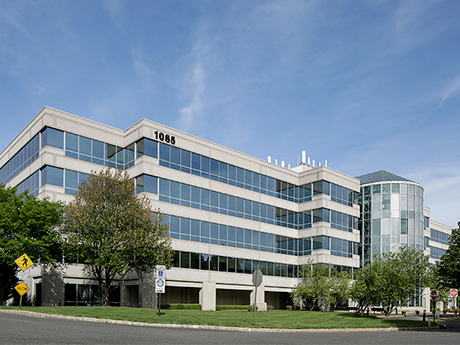 JLL recently provided a $31 million loan for the refinancing of Liberty Hall Center I, a 210,000-square-foot office building in Union, New Jersey. The sponsor plans to use a portion of the proceeds to fund capital improvements and capitalize on the 'flight to quality' trend that is prevailing among office users in the Garden State.

Whether you’re on the Jersey Parkway or the Turnpike, you’ve undoubtedly driven past commercial buildings and office parks that have stood in the Garden State for decades. But the age of many of these structures is starting to cause problems.

Earlier this year, JLL released a report in which the real estate firm estimated that 57 percent of suburban office space nationwide is old enough to be considered functionally obsolete. In New Jersey, specifically, that figure rises to 72 percent, among the highest in the nation.

Based on two decades worth of construction experience in New Jersey and New York, CNY Group believes the two most likely outcomes for these structures involve upgrades to true Class A offices or conversion to life sciences facilities.

With a growing number of people migrating out of urban cores, suburban office developers are revitalizing their properties to attract new tenants. When employees began moving away from city centers, employers didn’t particularly follow them, but that trend could change.

Businesses will decrease their real estate footprints in urban areas unless costs of occupancy are reduced, safety is maintained, and environmental standards and practices are adapted. Of these adaptations, many owners and developers are implementing more “natural” elements into their commercial buildings.

In addition, failure to renovate existing urban spaces will give life to satellite offices that are beginning to emerge as popular and effective alternatives. Satellite offices are well-received because they promise shorter commute times, which were largely eliminated during the remote work period and are very popular among workers. Furthermore, collaboration, mentorship and company culture all suffered during the pandemic, so having a satellite office that employees are excited to go to is one way to recoup those synergies.

As we enter 2023, demand is thriving for new Class A office buildings and sputtering for older properties. What this trend shows is that office owners in the suburbs need to renovate their properties to reach a current Class A status and attract the best tenants.

Generally speaking, these sought-after office spaces are newly constructed, have lower operating  costs, offer an array of amenities and maintain high standards for indoor air and light quality and technological systems. Due to the pandemic, health and wellness are still top of mind for office users, and employers are looking for spaces that satisfy the concerns of their employees.

Buildings that fail to respect these requirements are at risk of falling behind and losing tenants to the surrounding competition and/or home offices. Building owners also need to consider upgrading their properties’ facades, HVAC systems and lighting to be more energy-efficient and to meet updated, soon-to-be-enacted codes.

Office buildings along public transportation lines and near highways also have an advantage over those that are not. Mass transit is regaining its popularity as a preferred mode of commuting, and properties near train or bus stations are attractive to potential tenants. Any building owner near a mass transit line should make the necessary interior renovations to elevate the chances of obtaining new tenants.

As offices in the Northeast sat empty for most of 2020, landlords were on edge about their future — would in-office work ever truly return? But in 2021, office landlords and developers were given a lifeline in the form of life sciences.

Behind single-family residential and logistics, this relatively new, multibillion-dollar industry posted the strongest year-over-year returns on investment in 2021, according to data from the Urban Land Institute (ULI). In addition, the life sciences sector is forecast to outperform almost all other asset classes, while legacy office markets are expected to experience extended rent declines.

Life sciences is already claiming empty office spaces throughout the country, particularly in the Northeast. Markets like Philadelphia and Boston are some of the hottest in the region, with Boston seeing exceptionally high rent growth forecasts in excess of 3 percent.

However, developers in the Tri-State Area have also stepped up in a significant way via adaptive reuse for life sciences facilities. Ground-up life sciences developments can take two to four years to build, but it may only take 12 to 18 months to convert an office building to life sciences and bring it up to code. The ability to convert should give New Jersey office owners a strong advantage in recruiting life sciences tenants to their developments.

Despite the vast potential market share available in this space, the conversion process must be meticulously planned, which can be time-consuming and technically complex. Developers must carefully examine the needs of the user and determine whether buildings comply with current codes.

All conversion projects are difficult, especially when shifting building codes are involved; life sciences conversions, in general, make sense for commercial buildings due to the large floor plates and the depth of space that can be absorbed. This greatly summarizes the need to reconstruct core and shell, as would be the case with a conversion to a residential building or hotel.

Owners also must consider installing specialized ventilation, particularly for labs that require higher levels of exhaust and fresh air intake. In addition to the cost of converting the space, developers need to assess the amount of electricity and water that life sciences buildings require and the capacities of existing utilities which, if inadequate, may lead to a protracted discussion with local utility companies and municipalities. Landlords can offset this expense, as life sciences tenants pay higher prices for spaces than office tenants and fill more of the floors on the buildings.

What gives New Jersey an advantage over more dense and urban areas is the number of office campuses it has. It’s about research in community settings — a collaboration among researchers, laboratories and testing. It takes a village to be successful.

— CNY Group is a New York City-based construction management firm that was founded in 2003.