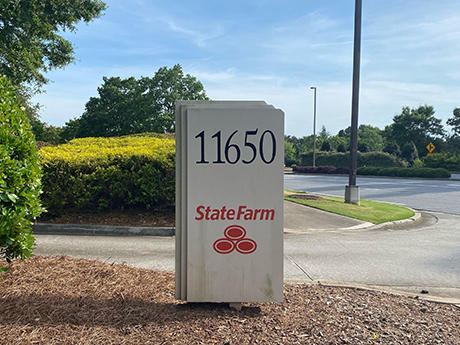 The Johns Creek, Ga., site currently houses two mid-rise office buildings that once were leased to State Farm before moving to its regional headquarters in nearby Dunwoody, Ga.

JOHNS CREEK, GA. — Toro Development Co. plans to redevelop a former State Farm Insurance corporate campus in the northeast Atlanta suburb of Johns Creek to make way for a mixed-use destination. The project will be part of Johns Creek’s future 192-acre Town Center, which will feature a City Hall, housing, shops, restaurants, offices and parks. The newly launched Toro Development purchased 43 acres of the 54-acre site from a fund sponsored by U.S. Realty Advisors, a New York-based firm that has owned the campus since 2013. Situated at the intersection of Johns Creek Parkway and McGinnis Ferry Road, the site currently houses two mid-rise office buildings that once were leased to State Farm before moving to its regional headquarters in nearby Dunwoody. Toro Development, whose principal and chief vision officer Mark Toro oversaw the development of Avalon in Alpharetta and the redevelopment of Colony Square in Midtown Atlanta during his time with North American Properties, plans to redevelop the site with ground-level stores and restaurants set below housing. The campus will also include a high-end concierge program. In the coming months, Toro Development will meet with the community to learn about the types of experiences they are seeking at the project, which marks the first undertaking for the company.