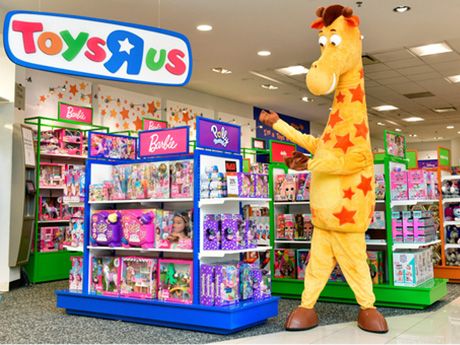 Toy 'R' Us first announced its partnership with Macy's in August 2024, and stores are now starting to open.

NEW YORK CITY AND WAYNE, N.J. — Macy’s and New Jersey-based WHP Global, the parent company of Toys ‘R’ Us, have launched a partnership open in-store toy shops within the department store’s locations across the country, an agreement that was announced last year. Toys ‘R’ Us stores will range in size from 1,000 to 10,000 square feet and are set to open from late July through October 15. Each location will feature colorful fixtures, demonstration tables for customers to interact with toys and a “Geoffrey on a Bench” photo opportunity for families. The in-store shops may also grow by an additional 500 to 3,000 square feet during the holiday season.