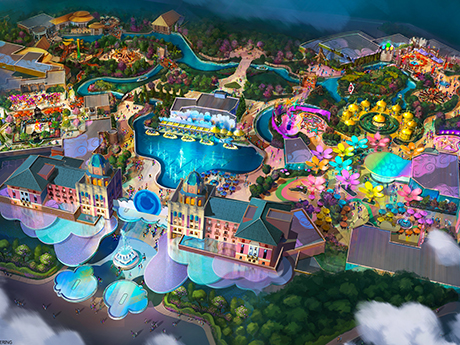 A construction timeline for Universal's new theme park and hotel in Frisco is still being worked out.

FRISCO, TEXAS — Universal Parks & Resorts has announced plans to open a new theme park on a 97-acre site in the northern Dallas suburb of Frisco. Universal, a division of Comcast Corp., also plans to develop a hotel at the site, which is located east of the Dallas North Tollway and north of Panther Creek Parkway. The proposed park will be smaller than the entertainment giant’s other resort destinations. In addition, the new venue will be designed to be more engaging for younger audiences and will offer interactive and playful shows, character meet and greets and unique merchandise. A construction timeline was not disclosed. In announcing the new park, Universal executives cited the region’s burgeoning population and strong track record of attracting new businesses as key reasons behind the move.