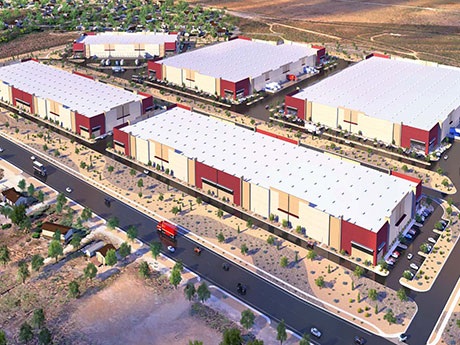 The Northern Nevada industrial market is composed of 98.7 million square feet of industrial real estate spread across six submarkets. Northern Nevada’s centralized location allows for a one-day truck service to more than 60 million customers. Couple that with the fact that Nevada has no corporate tax, personal tax, inventory tax, franchise tax, or special intangible tax and the city is one of the most desirable industrial locations in the Western U.S. Land is a scarce commodity in Northern Nevada as nearly every developable site is spoken for with current or planned construction. There is more than 5 million square feet of speculative construction currently being developed in Northern Nevada, with an additional 4.7 million square feet of planned development in the pipeline. Even with a fairly robust construction pipeline that would account for a nearly 10 percent growth in supply, the majority of new product is being pre-leased well before the shell building is complete. This has left many prospective tenants scrambling to find new space. Landlords are taking advantage of the market by continuing to aggressively push rents with every new deal. Market-wide, average asking rates have increased from the first quarter of 2020 by more than 42 percent, with the largest increases (55 percent) occurring in spaces larger than 50,000 square feet.