US Economy Adds 428,000 Jobs in April Led by Gains in Leisure and Hospitality

Posted on May 9, 2022 by John Nelson in District of Columbia, Southeast 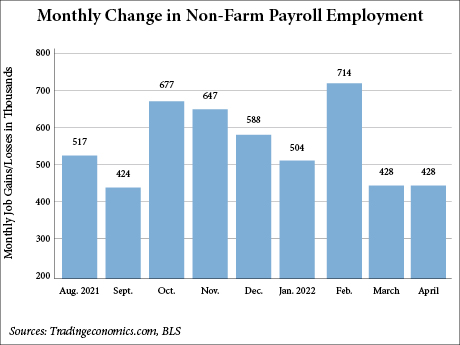 Other employment sectors with notable net gains in April included manufacturing (55,000 jobs), transportation and warehousing (52,000) and professional and business services (41,000). Construction, information and government sectors showed little employment change over the past month.