US Economy Adds 528,000 Jobs in July, Doubles Forecast Made by Dow Jones Economists

Posted on August 5, 2022 by John Nelson in District of Columbia 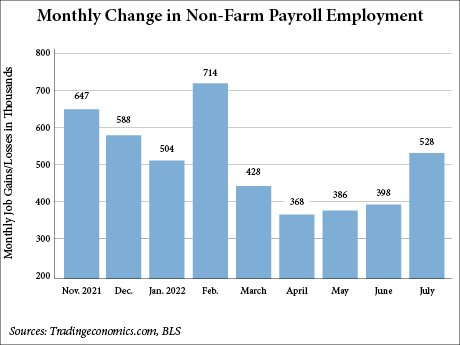 WASHINGTON, D.C. — Total U.S. nonfarm payroll employment rose by 528,000 in July, while the employment rate ticked down to 3.5 percent, according to the U.S. Bureau of Labor Statistics (BLS). Employment gains more than doubled the prediction of Dow Jones economists, who forecast the U.S. economy would add 258,000 jobs and the unemployment rate would remain unchanged at 3.6 percent for the fifth consecutive month, according to CNBC.