Posted on May 20, 2022 by John Nelson in Acquisitions, North Carolina, Retail, Southeast 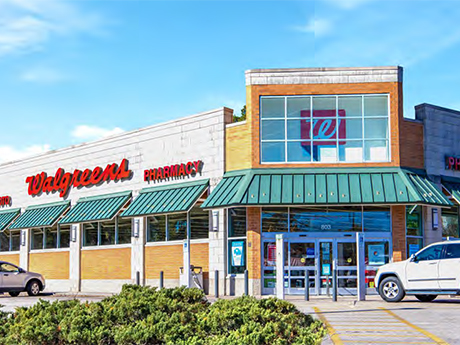 According to brokerage firm Newmark, Walgreens Boots Alliance exercised its right of first refusal in purchasing the Whiteville store, which has 10.1 years remaining on its triple-net lease.

WHITEVILLE, N.C. — Walgreens Boots Alliance has purchased one of its stores in Whiteville, a town equidistant from coastal markets Myrtle Beach, S.C., and Wilmington, N.C. Located at 803 N. JK Powell Blvd., the 14,820-square-foot property sold for approximately $5 million. According to brokerage firm Newmark, the drug store retail giant exercised its right of first refusal in purchasing the store, which has 10.1 years remaining on its triple-net lease. Walgreens signed the 25-year lease at the store in 2006. Matt Berres, Samer Khalil and Karick Brown of Newmark represented the seller, an undisclosed institutional investment firm based in Phoenix, in the transaction. Other single-tenant transactions this Newmark team has brokered recently include a $2.3 million sale of a medical office property in Cartersville, Ga., leased to Northwest ENT and Allergy Center and a $1.4 million sale of a store in Morgantown, Ky., leased to Advance Auto Parts. Deerfield, Ill.-based Walgreens operates approximately 18,500 retail locations worldwide, more than half of which are in the United States.