Will the Hot Streak Continue for El Paso’s Multifamily Market? 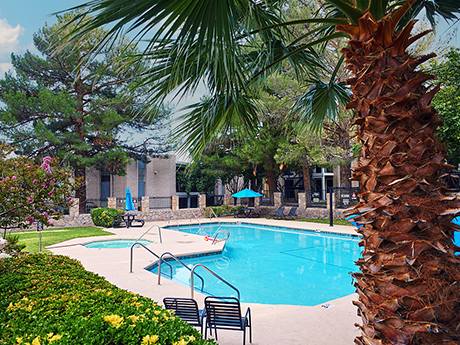 Pictured is Terrace Hill, a 310-unit apartment community in El Paso that was built in 1983. Greysteel brokered the sale of the property in late 2021.

It seems like every month there’s a new sales record being broken in the El Paso multifamily market. But with interest rates officially rising, how long will that streak last?

We’ve followed the El Paso market closely and have brought numerous first-time, out-of-state buyers to the market. The No. 1 reason they’re interested in El Paso is the competitiveness of other markets like Dallas and Austin, where cap rates have just compressed too much. With lower cap rates and cash-on-cash returns, investors started flocking to secondary markets where they can achieve higher yields.

But El Paso, while a secondary market, has several factors that help it stand out from the rest: (1) it’s one of the top 20 largest cities in the country, which comes as a surprise to many; (2) it’s well-diversified, having weathered the recession better than many other markets; (3) it’s ranked as one of the safest cities in the country; and (4) it’s in the great state of Texas, where favorable economic policies exist and there aren’t many burdensome rent regulations.

But the demand has also put increased pressure on prices. Just a couple of years ago, we were selling deals at average cap rates of 7 percent. Those same properties are now trading at 5-caps. Much of that compression, of course, has been driven by historically low interest rates that we haven’t seen in decades, but there’s also the natural pressure brought on by demand that can’t be overlooked.

So what do higher interest rates mean for the El Paso multifamily market? While there may be some cap rate adjustments, there are other drivers that bode in favor of continued interest and competition in El Paso.

First, there are macro factors having more to do with commercial real estate and multifamily in general. There’s generally a correlation between interest rates and cap rates; when interest rates rise, so do cap rates, and vice versa. But there’s an abundance of dry capital in the market that can help continue to put pressure on the market.

In fact, we routinely talk to new in-vestment groups with new funds look-ing to deploy capital. And while we can point to a number of times when cap rates rose in reaction to rising interest rates, that isn’t always the case. The 10-Year Treasury yield rose by more than 100 basis points between 2003 to 2006, 2012 to 2013 and 2016 to 2018, but cap rates during those periods managed to remain flat or compress.

Multifamily assets also generally offer a hedge against inflation. With inflation comes higher rents, and with higher rents comes higher growth in net operating income. So even if cap rates rise (depending on how much), inflation can potentially help offset price corrections.

There are also several factors specific to El Paso that can help offset a higher interest rate environment. El Paso is a major trade hub between the United States and Mexico, which means that it stands to gain from the recent supply chain disruptions brought on by COVID-19 and our current conflicts with Russia and China. BlackRock’s Larry Fink even noted recently that Mexico could stand to benefit and that the supply chain disruptions “may lead companies to on-shore or nearshore more of their operations.” Ciudad Juarez, on the other side of the border, is already home to more than 300 American-run manufacturing plants, and many of those workers live in El Paso.

Lastly, in these uncertain times, El Paso’s sheer resiliency will help continue to drive interest in the market. El Paso weathered the Great Recession better than most markets due to its unique public/private sector mix. As one of the largest international trade hubs in the Western Hemisphere, there are 70 Fortune 500 companies with footprints in El Paso. Fort Bliss is estimated to generate billions in economic impact ($26 billion to Texas as a whole), while employing 47,000 people.

In addition, major federal outfits like the INS, DEA, and U.S. Customs & Border Protections all have major operations there. The University of Texas El Paso and Texas Tech University Health Sciences Center (along with its new dental school) also continue to draw new life to the market.

While interest rates may have some impact on pricing and demand, we remain very bullish on El Paso. It’s proved time and time again that it’s a market to pay attention to, and there are more than enough reasons to believe the market won’t be too impacted by a rising interest rate environment.