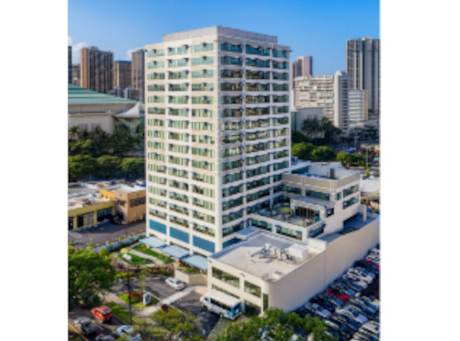 IPI opened Kalakaua Gardens in late 2016. The community is situated at the gateway to Waikiki within the lively Ala Moana enclave and in close proximity to several hospitals and medical clinics. The community was built for ohana-style living, where residents are encouraged to live and be social within inviting open spaces that offer 360-degree views of the islands.

The loan refinanced the original construction loan and provided additional proceeds for planned renovations, other reserves and closing costs.